How To Successfully Drop The Last Nap 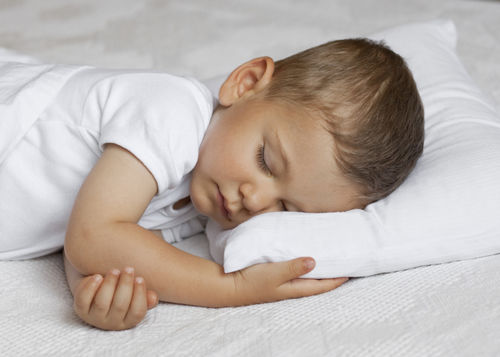 Many parents worry about what life “post-nap” will look like. What parent ever says, “Hey, I’d like to have no break all day and to continually chase my toddler around from the moment they wake up until they go to bed”? If you said none, you would be right! Toddlers and preschoolers are exhausting! And they can be pretty cranky by midday without a nap! That being said, there will come a day where they will need to give them up.

So how do you know if your kiddo is ready to give up the nap? Here are 6 questions you need to ask yourself…

2) Is your child fighting the nap? If so, they may be ready to give it up. But before you do that, try moving nap time later. The older the child, the longer the awake time that is needed. That normal 12:30pm nap may need to move to 1 or even 1:30pm. After that time frame, it might get a little tricky to fit in a nap at all. If the nap is too late, then bedtime might end up being too late.

3) Are the naps shorter than an hour? If so, then you might be able to just ditch them altogether.

4) Is your child waking up from nap crying and miserable? If so, you can try waking your kiddo up a few minutes earlier than they would normally wake up on their own to disrupt their light sleep. My twins would both wake up crying from their nap and have what I call “nap terrors”. This is when they are disoriented, not really awake, crying, and inconsolable for 5-30mins or so. If you’re familiar with night terrors, this is exactly the same, only they’re happening at nap time instead of night. It can be a distressing way to end naps each day. Therefore, some parents will decide to pull naps altogether to avoid this from happening (as long as the child is old enough).

5) Should you pull the nap because of bedtime? There are some instances where you might decide to pull the nap, even though your child is still taking them without issue. Why would a normal parent do such a crazy thing? I’ll tell you in two words…BEDTIME BATTLES! Again, the older the child, the more time they will need to be awake between nap and bedtime.

For instance, if you have a child who is 3.5 years old and napping from 2-3:30pm each day, they’re not going to be ready for bed at 7:30pm anymore. At that age, many children need about 6 hours of awake time between nap and bed. So in this case, the child wouldn’t be ready for bed until 9:30pm (6hrs past 3:30pm), which is way later than any parent wants. Oftentimes, parents will continue to shoot for a 7:30 or 8pm bedtime, when the child isn’t anywhere near ready. When you do this, you will likely have many bedtime battles.

Your child is going to put up a fight, stall, be hyper, be cranky, or ask you for a final hug, extra water, one more book, etc. This is when things can start to go awry, and parents will start going down roads they never had to take before. They’ll start to give in to those requests, laying or staying with the child until they fall asleep, bringing the child to their bed, etc. All of this is occurring because the bedtime isn’t correct. So your choice is to either keep the nap and move bedtime much later or drop the nap and keep the earlier bedtime. In any case, it’s a personal choice as to which you want to do and when you want to do it.

As you can see, there are a lot of variables when deciding about when to pull or drop that final nap! Once it’s done though, you want to make sure that you’re still giving your child some downtime each day. If they drop naps on their own, they’ll likely be less tired in the afternoons but will still be at least a little bit sleepy. But if you pull the nap before they’re ready (ex: because of bedtime battles), then you can expect that they will be very tired in the afternoons for quite awhile. Here are some things to consider/try once the naps are gone…

Remember, it can take a while for your child to adjust to no longer having a midday fiesta (pretty sure the same can be said for the parents too). It might be weeks or even months, so be patient! And embrace the rare times they fall asleep on the way home from an activity. Occasional naps are perfectly fine! Just realize that they might need a later bedtime those nights.

*Feel free to comment below with your questions or stories! You can also join me over in the Gentle Parenting Solutions Facebook goup! You can also learn more about my Services or Courses should you need them.