Things That Go Bump (or Boom) In the Night! 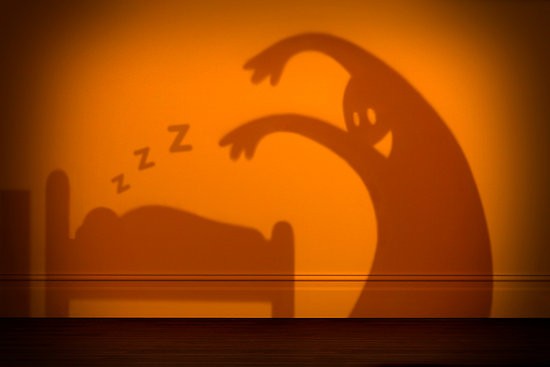 In light of this weekend’s 4th of July celebrations happening around the US, I am dedicating this month’s newsletter to all things that go bump (or boom) in the night. Even the best sleepers are sometimes startled awake by things that sound off in the middle of the night. So what do you do when your child wakes because of some loud noise? How do you get them quickly back to sleep?

The first thing you want to ask yourself is “how did my child go to sleep initially?” Did you have to help him get to sleep by feeding, snuggling, patting, rocking, etc? If so, then chances are that you’re going to need to do those same things again (see bottom for a special offer to change this). If, however, you have an independent sleeper who went to bed on his own after going through his bedtime routine and kissing you goodnight, then your answer is a bit different. Let’s assume that you have a good sleeper, since that is the goal after all!

Fireworks, Thunderstorms, Cars, Airplanes, Trains, or Other Loud Outside Interferences:

You want to remember that just because you’ve woken up due to these noises does not mean that your child will. Children have an awesome ability to sleep through many of the things that we can not as adults. They’ve not had to worry yet about listening for a crying baby, a child escaping their bedroom, a spouse coming in late, or strange noises that could be burglars. Over the years, those things change us from deep sleepers to light sleepers, which means that we tend to hear every little noise (especially mothers – sorry dads).

Don’t panic if YOU hear a noise and then assume your child must be in his room upset and scared. The younger the child, the less likely it is that he’ll wake up scared from any noises. If you have a child who’s 2 years or older, you might notice that things not only wake him up now but that he’s scared because of them. So what can you do when it happens?

Start by going into his room calmly. Do not go rushing in there saying things like “oh, my poor baby, you must be so scared” and acting like you’re scared too. Children feed off of their parent’s emotions (good or bad), so be very aware of how you respond initially.

Next, calmly talk to your child at his developmental level about the noise and downplay it as much as possible. If it’s a thunderstorm, you might want to make up a non-scary reason why we hear those noises. Personally, I tell my children that there are angels and loved ones that have passed that are bowling up in Heaven. Some people may not agree with this, but it works great for my kids. Calms them instantly!

But if you’re not religious, don’t want to tell them lies, or you have an older child, then you can respond with a science-y answer. Explain what really happens up in those clouds that makes it thunder and lightning. I would suggest going over these things during the daytime hours first so that you can just remind your child about what you’ve already discussed, when it’s now 2 AM and you’re not really in the mood to chit-chat about thunderstorms. Whatever it is you tell him, just be consistent with your answers (at least until he’s old enough for the science version) so that he can remember it when the next storm hits.

If it’s fireworks keeping him up this weekend, and you already know that your neighborhood is an active community for them, then you can prep him early that he might hear some loud noises at night, but that they’re nothing to be scared of. I wouldn’t make it a big deal, but just prepare him that he might hear something loud or new. Don’t worry about pre-warning him though if he’s younger than 2yrs old, as he’s not going to be able to comprehend any of what you’re trying to say and you might actually scare him more by talking about it ahead of time.

If he’s visibly upset by the noise, then you’ll want to offer some comfort and reassurance that he’s ok and that you’re there for him. If the noise was over with quickly (ex: car backfiring), then you’ll want to calm him, lay him back down, re-tuck him in, say good night and leave the room. You do NOT want to change your normal routine by taking him to your bed, getting into his bed, patting his back, re-feeding, or sitting there with him until he falls asleep (again we’re assuming you don’t currently do any of those things).

Older children have the ability to very quickly make mom and dad feel guilty for wanting to leave by asking for more snuggles, to come to your room, for you to stay, etc. I know it’s really hard to turn down those kinds of requests when you know he’s scared, so I suggest telling him you’ll give him just one set of snuggles before doing so and then leaving.  Don’t be talked into something that you wouldn’t normally allow at bedtime, or else you might find your child waking up more often in the middle of the night looking for more snuggling either that night or the nights that follow.

If the noise is a recurring thing, such as fireworks or a thunderstorm, then you might need to camp out with him for a bit until the noises end. It’s going to be very hard to convince him to return to a peaceful sleep when noises are happening left and right or a storm is right above your house. That’s when you will want to calmly and quietly talk through it, maybe sitting together in a chair next to the crib or laying with him for a few minutes in his big boy bed. It’s a good time to talk about nice, happy things in his life, like what he did that day or will do the next day that will be fun. Then, once the fireworks end or the storm passes, you will re-tuck him in, say good night, and leave.

If you only remember one thing, remember this: It only takes 1-3 days to completely undo your child’s good sleep habits! While you of course want to comfort your child through something loud and frightening, you don’t want to give him a reason to stay up the rest of the night, keep calling for you, or fight you the next night for bed. With anything that ever comes up that causes your child to wake in the night (ie fireworks, storms, loud noises, illnesses, teething, developmental milestones, etc), it’s never the event itself that causes things to spiral out of control, but it’s how we parents respond to those things. So don’t let tomorrow night’s fireworks celebration ruin your child’s good sleeping habits! Be calm. Be comforting. Be consistent. Happy 4th of July!